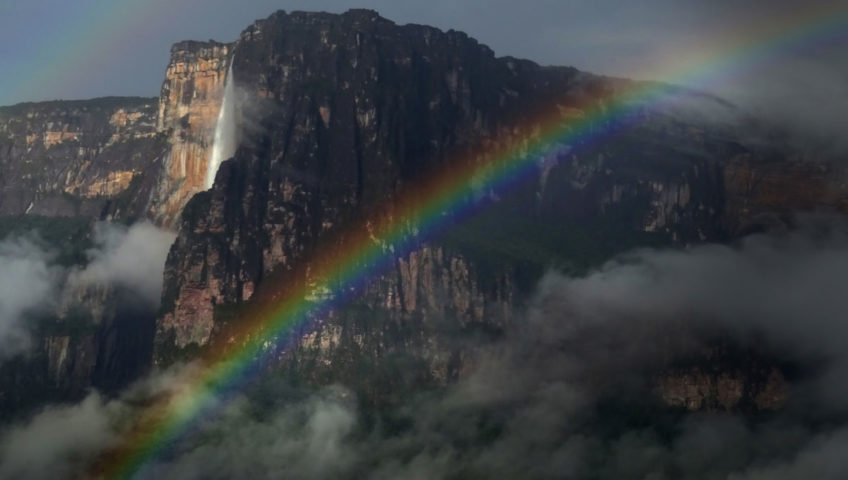 I Miss My Bike…

It seems like an eternity since I last felt the saddle between my cheeks, the wind-rush in my face and sweet smell of chammy cream in my nostrils. Fantasizing of those good things in life, home and play I feel fit and strong – all the riding seems to have paid off, training for something entirely different. I’m a million miles away from my trusty carbon steed, hauling large rucksacks around the rain forest, climbing previously un-scaled cliffs, exploring new cave passages deep with the mountain and abseiling into the abyss, down a vertical kilometre drop beside the world’s highest waterfall.

Riding a bike and being on a ‘hard-core’ filming expedition in the Tepuis of Venezuela might seem light years apart and in some respects they are, but starting out with a dedicated off-the-bike fitness programme and moving up the gears to putting in the miles, and getting the heart used to pumping for extended periods of time is working. Scrambling beneath fallen trees the ground steepens, greasy boulders the size of dustbins pull away from their tenuous fixing between a tangle of slimy roots and the humidity of the forest bears down. There is a longing for the fresh air of a blast down the hills of my Scottish homeland but a confidence in the knowledge that I know I can hack-it – somewhat literally, machete in hand, forcing a trail where no one has gone before. For me, being on the bike is about preparing my body’s cardiovascular system and mind against the shocking rigors of adventure. We stop after an hour to glimpse at our objective through a dense canopy, dripping with the outpourings of a fading day. There’s no call from the heart or head to stop, just an arresting sight of what’s to come, sights that make the heart beat faster still – there is capacity for that. For this part of Venezuela is a lost land, still ripe for exploration. A land of high drama.

For days, clothing chafes, sweat pours, constant moisture wrecks our skin. Each night is like after finishing a ride; stretch, eat, rehydrate, service the parts that have worn, try to dry out. But it’s tomorrow’s promise of heading into the unknown that drives us forward on that quest to see round the next bend in the road, journeys that quicken the heart, just like being on the bike.

We climb, but the rocks now tumble close past our heads and a wild storm forces us into epic retreat from the cliff. We squeeze ourselves between shattered plates of rock in the eye-searing black, for that is what the total dark of a cave feels like. The tension is almost unbearable. It was easier to go on than to go back even if we had no idea if the cave would open out or close us down.

But believe me when I say that my heart finally maxed out as I released the brake and began to slide down the slenderest of ropes, like a spider on gossamer. Water cascading beside me was in free-fall for so long it turned to a column of smoky fog. It is hard to give scale to the Angel Falls. Abseiling for 2 days, feet pedaling at the fresh air beneath my heels, left me speechless. Now that was a hard ride.

You see riding a bike is more than a part of life, it has the ability to fill life. The sights, the sensations and sticking-at-it pay dividends in the end. It’s not always about blasting the miles but about a broader approach to where the bike has the capacity to take you and just how those journeys pan out.