Aftershock: The Hunt for Gravitational Waves

Our first attempt at reaching Antarctica was aborted. We’d flown for 9 hours just to end up back in Christchurch, New Zealand. Eventually we made it as far as McMurdo before flying on to the South Pole. The first day of filming saw temperatures down to minus 54 with the windchill but the search for the aftershock of the Big Bang went on – a rippling effect that emanated a trillionth of a trilionth of a trillionth of a second after the creation of the universe. Ground-breaking science and a dream come true to see Antarctica and the South Pole. 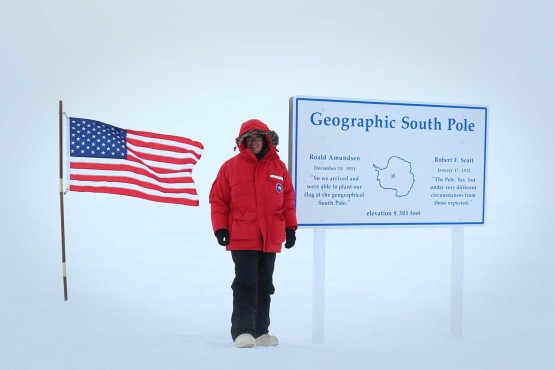