Bonington : Mountaineer is an International Award Winning feature length documentary filmed and produced by Keith Partridge and Brian Hall on the life story of one of the world’s most successful mountaineers Sir Chris Bonington. Work started in 2014 with the World Premiere being held at the prestigious Banff Mountain Film and Book Festival in Canada in October 2017. The film picked up a major award at the 2018 Bilbao International Film Festival. It is on available for download and on DVD through www.boningtonfilm.com 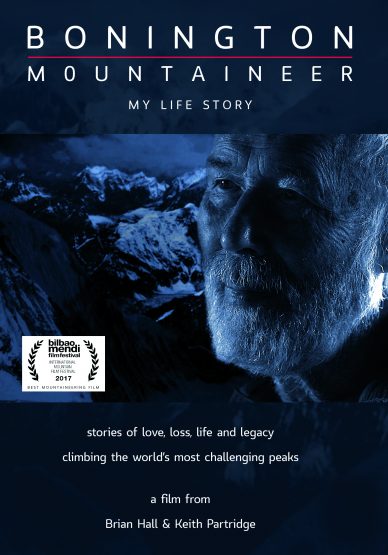